Yesterday, "Payara Meetup" was hold by GlassFish Users Group Japan at Microsoft! It was great event ! I'm glad to support the event as one of the staffs.
glassfish.doorkeeper.jp

This event came from the communication between Hasunuma-san and Payara members (Steve-san & Dominika-san). Hasunuma-san is leader of GlassFish Users Group Japan, also he has focused on Payara from the beginning.

The members of GlassFish Users Group Japan prepared this event from early March. This is the first time Payara comes to Japan, so Hasunuma-san leads us to make this event better.

There were four sessions.

Payara also prepared great gift for all participants. Everyone can get Payara T-shirt!! Awesome! 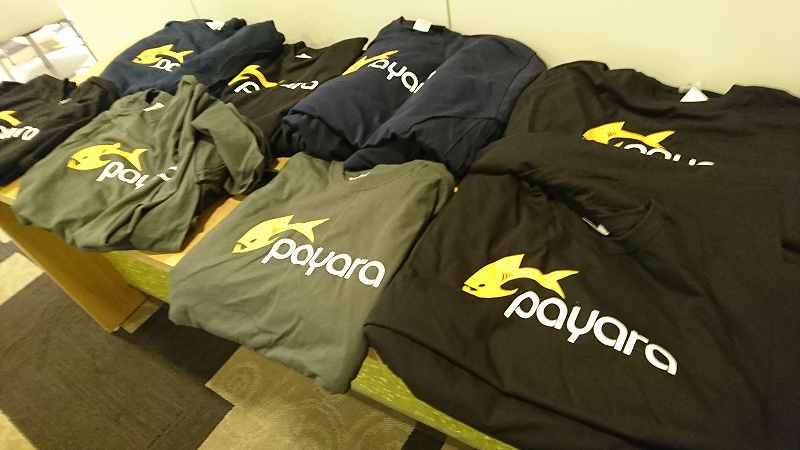 Also get special stickers! Why special ? Check the Japanese sentence "Payara ワールドツアー". Yeah! These are only for this event!
One of stickers illustrated Japanese Mount Fuji ! Dominika-san told me her husband designed these! 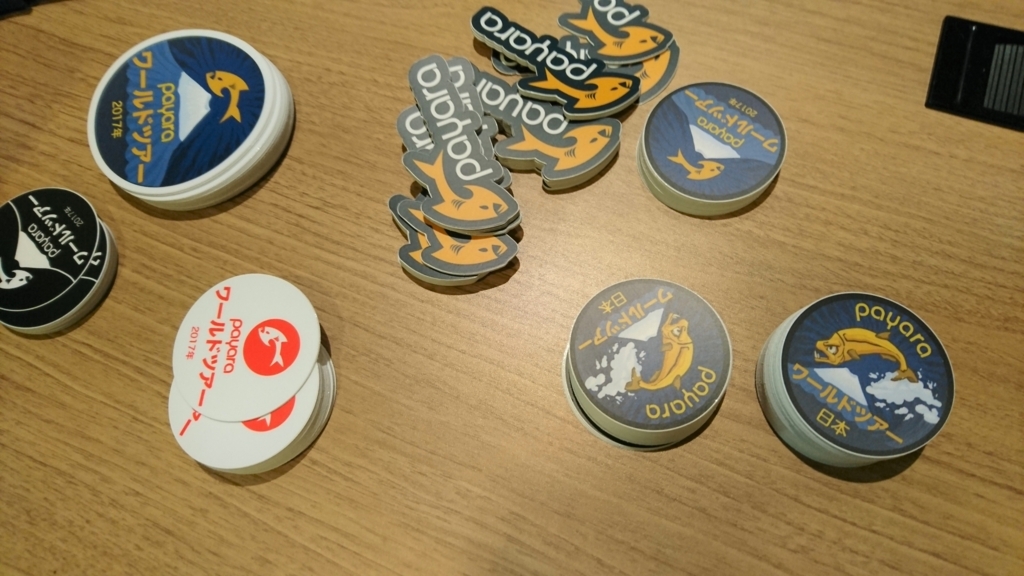 There were many participants at the event, very excited!

Full room for the Payara Community Event in Tokyo! Thank you for the introduction @khasunuma - let's begin :) pic.twitter.com/wCyYSYkZS9

Terada-san also had great presentation. I think all Japanese Java developers know him as Java Evangelist / Java Champion. I really appreciate Terada-san, because he provided us the room of Microsoft and helped us very much in spite of he is really busy.

Third session, "Interviews of Payara Users in Japan", was very interested, too. I was amazed that Uragami-san participated from Osaka for this interview!! Thank you for coming!! I'll go to Osaka in two weeks later for participating KANJAVA PARTY 2017.

Unfortunately, one of interviewees Kazuhira-san couldn't participate because of work. He is Hazelcast Hero and Payara use Hazelcast as cache feature, so it looks good if they meet. Hope to next time.

Tada-san, he also a member of GlassFish User Group Japan, was interviewee too. He is famous trainer of Java, recently Spring. I heard he have great seminar with Pivotal, check it out!

The final session "Payara Q&A", I moderated. I've collected the questions in advance and send to Payara. But, you know, they are very busy because of they had world tour at another country (previously Korea), so I got the answers previous day. It was pretty tough for me, but 頑張った(*´Д｀) The following is my slide.

All of tweets in Payara Meetup have already collected in the togetter below.

Thank you for working this, Yamada-san!! Not only this one, Yamada-san strongly helped many things for this event, thank you so much!!

After finishing all session, there is small party at the room. About 20 people joined, nice!

I enjoyed talking with Steve-san and Dominika-san and felt glad because they look like satisfy this event!

I wish Paraya come to Japan again!!! Thanks,